Antonino Malaguti started Malaguti, an Italian bicycle, scooter, and motorbike firm, in San Lazzaro di Savena in 1930. They started out with bicycles and then moved on to motorcycles in 1958. Their bikes are known for having modest engines. Malaguti laid off its remaining employees in Bologna, Italy, in October 2011 as the company eventually dissolved. The Austrian firm KSR Group GmbH bought the company in 2018.

Malaguti later struggled to compete against the surge of low-cost mopeds and bikes from China and other Asian countries. The government also provided financial assistance to the company, which terminated in the same month as the company’s closure. Temporary employees were fired as early as 2009-2010. The factory’s production ceased in April 2011, and the doors were officially closed on October 31, 2011. 170 people were laid off, with each receiving €30,000 in severance money. 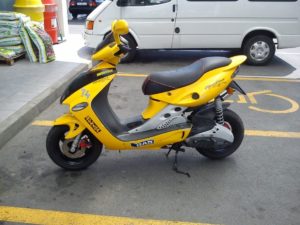 17 personnel were retained to fulfill contractual requirements for spare parts and to dismantle the production line; following that, they were relocated to a smaller facility to continue their responsibilities. The corporation was founded with a €40 million capital. On the 19th of December 2011, the Malaguti factory’s enormous sign was removed. The company was bought by the Austrian firm ‘KSR Group GmbH’ in 2018, and the first motorcycles were released in February 2019.

Thank you for visiting! Do you require a spare Malaguti key? You’ve come to the right place. Car Keys with Ease offers high-quality aftermarket spare keys. We are a vehicle locksmith company based in Belfast, Northern Ireland. For all spare aftermarket keys acquired, we offer key cutting and programming. We are glad to report that you service practically all vehicle brands. Malaguti keys are included.

Our auto locksmiths have the knowledge, experience, and tools needed to provide our clients with high-quality services. We can assist you with auto lockouts, key replacement, and anything else you needed. We are dedicated to providing the best automotive locksmith services in Belfast and the surrounding areas.

We have a huge assortment of aftermarket keys ranging from transponder keys to smart keys and everything in between. As a result, you will not have to wait for our products for long periods of time. If you need a spare key for your vehicle, any sort of vehicle key can be copied. 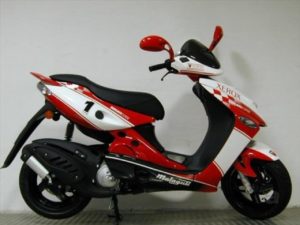 Our auto locksmiths have experience with various types of keys, whether they need to be fixed or replaced. If you do need a replacement, keep in mind that Car Keys with Ease is a company that works with aftermarket products. Car Keys with Ease, as previously said, has a wide collection of keys. We give the key, as well as auto key cutting and programming services. Even if the items are aftermarket, we do our best to deliver the finest service to our customers.

Car Keys with Ease is also a mobile company. We can travel to any site in Belfast and the surrounding areas. If you lock yourself out of your vehicle, simply call us and we will come to you as quickly as possible. This will save you a lot of time, especially if your vehicle needs to be towed. Why not make a phone call and have a locksmith come to you? Our locksmiths have received extensive training and are well-known for their abilities to program and cut keys on the spot. They are specialists that can get you back on the road in approximately an hour.