Land Rover is a British brand of mostly four-wheel-drive, off-road competent cars owned by Jaguar Land Rover (JLR), which has been a part of India’s Tata Motors since 2008. Land Rovers are currently manufactured in Brazil, China, India, Slovakia, and the United Kingdom by JLR. The Rover Company originated the Land Rover moniker in 1948 for a practical 4WD off-roader; nevertheless, today’s Land Rover vehicles are exclusively expensive and luxury sport utility vehicles.

In 1951, King George VI granted Land Rover a Royal Warrant, and 50 years later, in 2001, it was awarded the Queen’s Award for Enterprise for outstanding contribution to worldwide trade. Land Rover evolved into its own brand (and for a time, a company), with an ever-expanding lineup of four-wheel-drive, off-road capable vehicles. 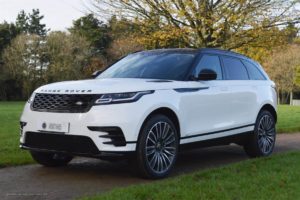 Beginning with the much more upmarket 1970 Range Rover and followed by the introductions of the mid-range Discovery and entry-level Freelander lines (in 1989 and 1997), as well as the 1990 Land Rover Defender refresh, the marque now includes two Discovery models, four distinct Range Rover models, and, after a three-year hiatus, a second generation of Defenders for the 20th century.

Our auto locksmiths have worked with Land Rover keys before, whether repairing or replacing them. Car keys with Ease also provides car key cutting and programming for all spare aftermarket keys purchased. Car Keys with Ease is an auto locksmith company situated in Northern Ireland. In Belfast and the surrounding areas, we are dedicated to providing the highest quality auto locksmith services. We are confident in our ability to cover virtually all automobile manufacturers.

Our vehicle locksmiths have the skills, knowledge, and equipment to help you in any scenario. Car lockouts, key replacement, and other issues are all covered by our services. They can either repair or give a replacement. Keep in mind, however, that Car Keys with Ease is a legitimate company that sells aftermarket keys. We also provide car key cutting and programming in addition to the keys. Don’t worry if the products are aftermarket; we strive to give our customers the best service possible. 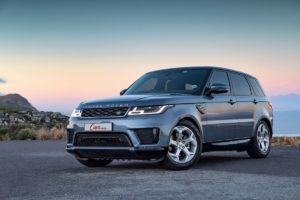 From transponder keys to smart keys, we have a large selection of aftermarket keys in stock. As a result, you will not have to wait long for our products. Any type of vehicle key can be copied if you need a spare key for your vehicle. If you do require a replacement, keep in mind that Car Keys with Ease is a company that works with aftermarket products. Car Keys with Ease has a large assortment of keys in store. We’ll give the key, as well as the cutting and programming. Even if the products are aftermarket, we do our best to provide the best to our customers.

Because keys and locks are continuously changing, our car locksmiths are continuously learning to stay up to date. They’re also well-prepared for any ordeal. They’re well-stocked to deal with any problem that our customers might have, such as broken keys or malfunctioning locks. We provide them everything they need to fix your problem.

Our business is also mobile, allowing us to work from anywhere in Belfast and Northern Ireland. If you lock yourself out of your car, simply call us and we will come to you as soon as possible. This will save you a lot of time, especially if your vehicle needs to be towed. Why not make a phone call and have a locksmith come to you? As a result, time, money, and energy will be saved.